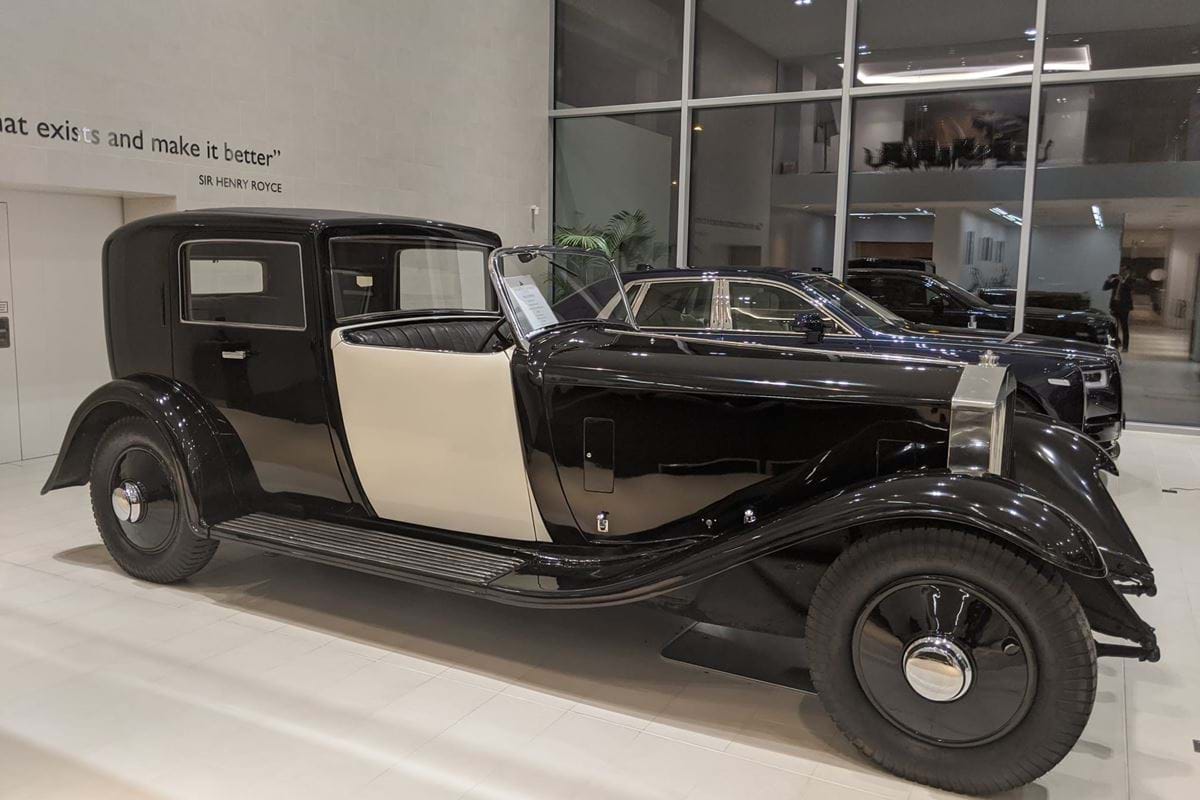 This Phantom II was originally specified in Black with Ivory driver’s Door Originally Beige fabric for the owner and original black leather driver seat. Powered by an In Line 6 Cylinder of 7668 ccm overhead valves, One Rolls-Royce Carburetor. Servo Assisted Drum Brakes and a 4 speed gearbox.

This frame was ordered in October 1931 by one of the wealthiest French Gentlemen of those days: Mr Armand Esders nicknamed the “Emperor of ready to wear”

A few months prior Mr Esders had met with Jean Bugatti to commission his Bugatti Royale Roadster which is one of the most beautiful cars ever built and decided to have the car with headlights : “as one does not drive by night” in his own words.

This Rolls-Royce is inspired by the Coupé Napoléon of Bugatti Royale, and could have been an idea sparked from Mr Esders dealings with Jean Bugatti. In any case this vehicle was styled with this inspiration and Mr Esders insisted it should not have headlamps.

The Royce Frame was sent to French Coachbuilder Letourneur et Marchand in Paris in order to be bodied in the Coupé de Ville and very high standards required by Mr Esders.

Letourneur et Marchand only made two similar Bodies, one on a Hispano Suiza and another one on a Phantom I. The later car being a period rebody.

Being in the Fashion Business Mr Esders had exquisite taste and reduced the design of the car to its purest form. Minimalistic in a way: no headlamps, no Spirit of Ecstasy, no Badges on the Wheels, no visible door hinges, no visible coachbuilder plate, no bumpers, no spare wheel, no door handles or windows on the driver doors, no chrome moldings and only two discreet bonnet louvres.

In 1938 Mr Esders Sold his Bugatti Royale Roadster and Coupé de Ville it is believed that he was already ill as he passed two years later.

This car was then modified to a four door body. The original top was covered with a higher one and the door fittings were reused to make standard doors.

Until its discovery in 2004 the car spend most of its life in the South of France almost never being used.

It was then purchased by today’s owner in 2017 who decided to bring it back to its unique original configuration. When removing the new top the original top was found underneath untouched.

More than 70’000 EUR was invested by the current owner to bring the vehicle back to current condition including repair of cylinder head, fuel tank, radiator and new tires.

Since 1932 this vehicle was never shown at a Concours d’Elegance but should be warmly welcomed in any internationally renowned event due to its unique history and specification. 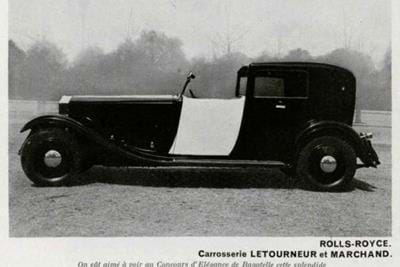